I have a box in my lap full of old TableMaster stuff! I’ve got the manuals from versions 2 and 3, one of the TM Deluxe packages, and various other things. The TM Deluxe package contains, among other things, my Winter 1998 catalog. It’s half a page, admittedly, more like a price list (all of 11 items if you’re being generous and counting the DOS, Win3.1, and Win95 versions of TM separately). It’s been in a hot attic and it was originally photocopied, so the toner stuck to other pages, and they stuck to it, over the past 18 years. Thankfully the manuals and quickref card were offset printed, so they’ve endured intact.

I’ll put in a break here and put the scan after the break, so it doesn’t fill up the whole first page.

Here’s the old catalog, though (transferred toner and all): 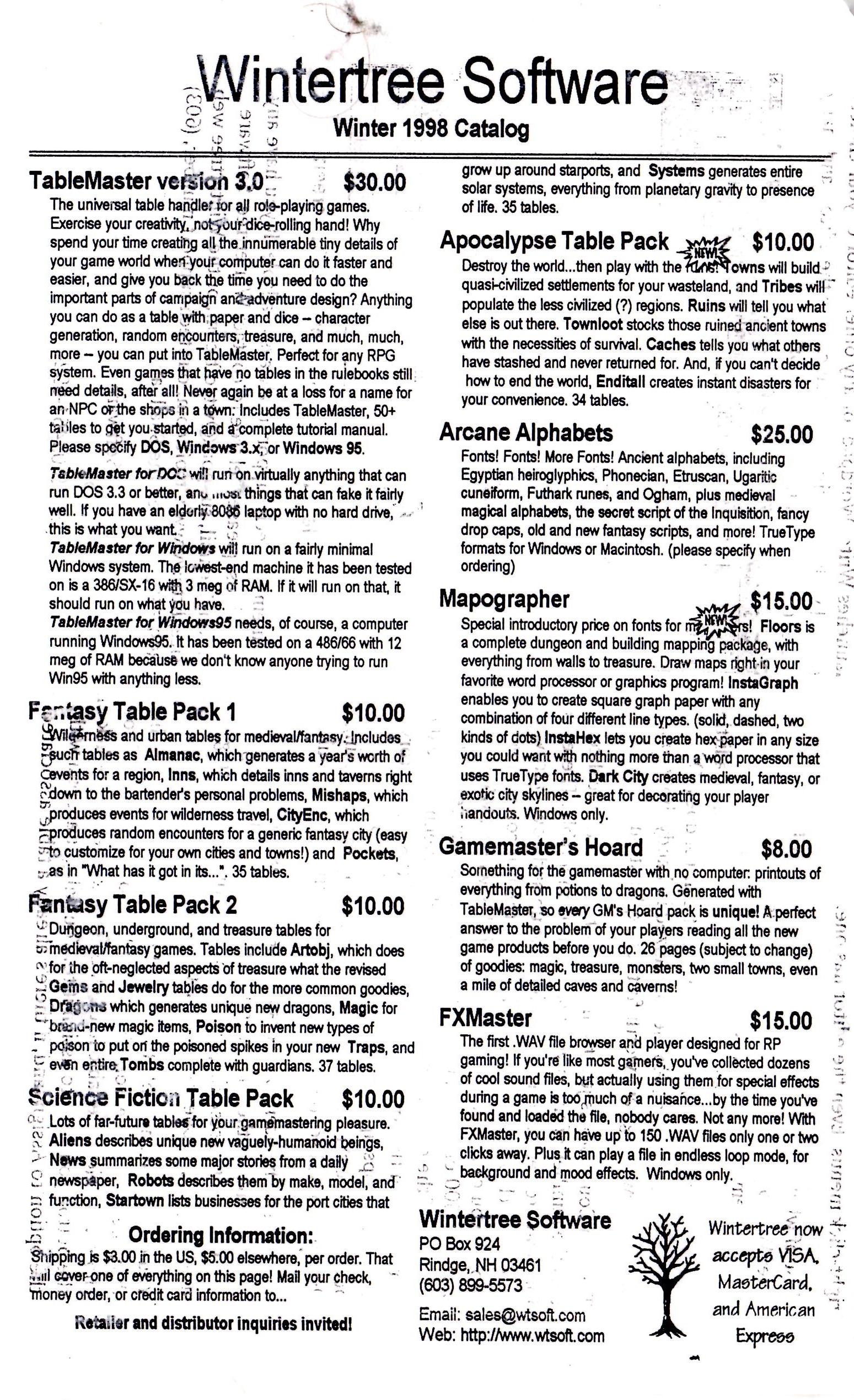 That brings back some memories. The Apocalypse Table Pack was the last one I wrote. “Destroy the world … then play with the ruins.” I had a lot of fun with that one. Actually, I had a lot of fun with all the table packs. I think that’s the biggest reason I’ve gotten started working on TableMaster II: writing tables was just so much fun.

Shipping was $3 for up to one of everything (or four copies of TableMaster)  because I could stuff them all in a Priority Mail flat-rate mailer. Now there’s something that sure has changed since TM was young! That, and the fact that there are a few TableMaster 3.5″ floppies floating around in the box. I wonder how many people even have a floppy drive anymore? I didn’t put one in when I built this computer or the one before it. On the other hand, there is a small pile of thumb drives on the desk in front of me — they’re going to be physical distribution media for some version of TableMaster II at some point.

I’m looking at my old quickref card and noting all the lookup table related functions. I’m still wondering: has anyone ever actually used .LOOKUP, .GRID, or any of the associated commands? Because honestly, if they haven’t, I’m not putting that in the new version.